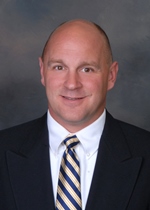 Mark was born and raised in Orrville. He graduated from Orrville High School and received a B.S. from Miami University in Oxford, Ohio. He then received an associate degree in Mortuary Science from the Cincinnati College of Mortuary Science and joined the family business, Auble Funeral Home, as a fourth generation funeral director.

Mark is a member of Trinity United Methodist Church and the Orrville Rotary Club. He is active in the Orrville Area Boys and Girls Club. 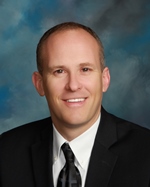 Brent Steiner has served as a Trustee since 2013, representing the Northeast Quarter. He also serves as the Disbursement Committee Chairperson.

Brent, co-owner of Ramsier Financial Services, Inc. in Smithville, currently serves as Vice President and Legislative Liaison for the Green Local School Board. He is also an active member of the Apostolic Christian Church in Rittman and a Board Member for the Apostolic Christian Church National Endowment Fund. Steiner previously served as a Board Member for the Orrville Chamber of Commerce. 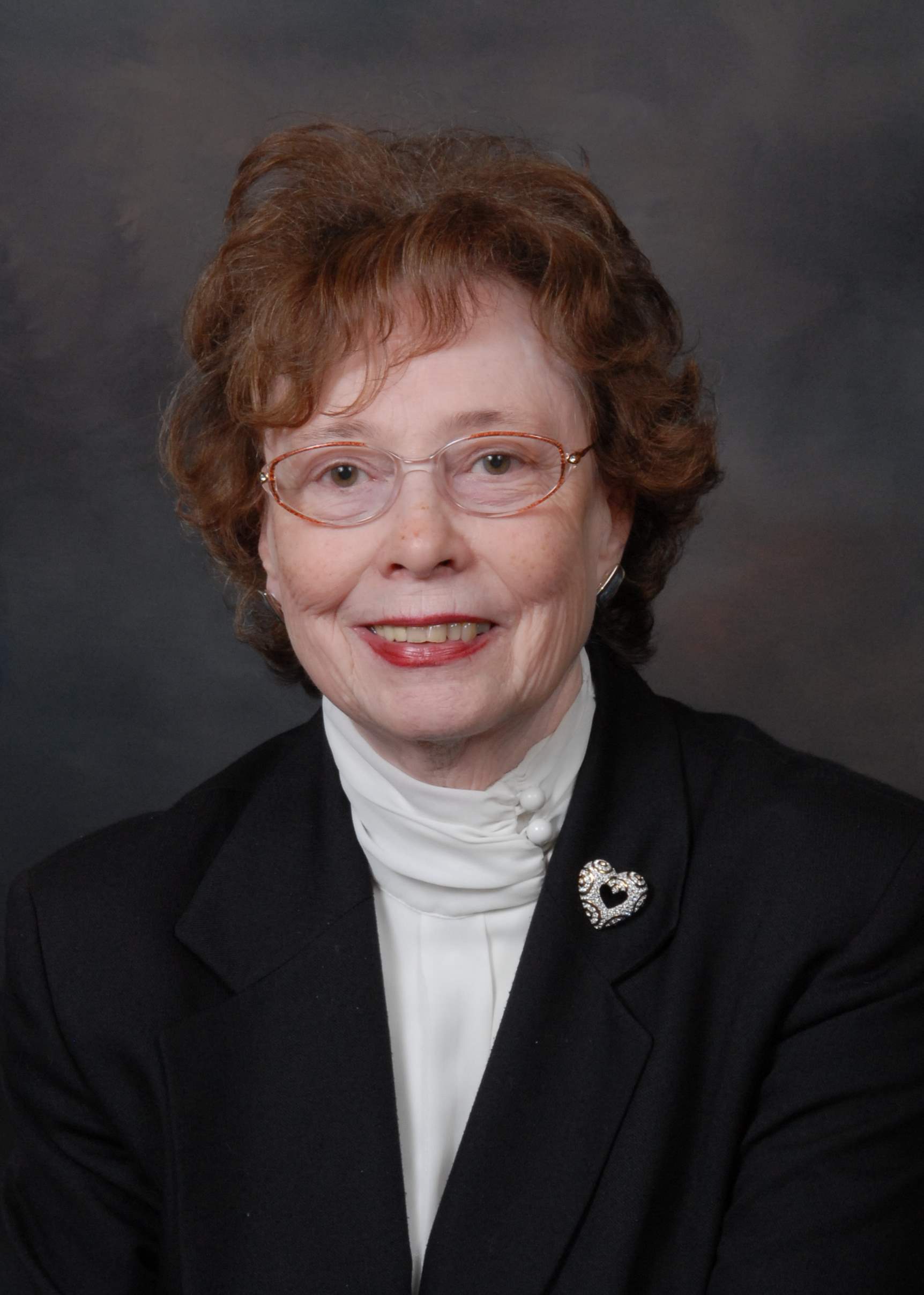 Mary Alice graduated from Geneva College and received her master’s degree from the University of Pittsburgh. She is a Certified Public Accountant and a Certified Medical Practice Executive. Presently, she is the administrator of the Cancer Treatment Center.

She has served on the boards and governing committees of over 20 local organizations including Hospice, Main Street Wooster, Salvation Army, STEPS, Viola Startzman Free Clinic, and Wooster Community Hospital Board of Governors. Mary Alice received the Leadership Wooster Alumni of the Year Award in 2011 and the 2021 Community Wall of Fame Award through the Wooster Area Chamber of Commerce.

Deanna Troutman has served as a Trustee since 2009, representing the Southwest Quarter. She serves as the Scholarship Committee Chairperson.

An Ohio State University graduate with a B.S. in Human Ecology, Deanna is Vice-President of Troutman Vineyards Inc. & Wolf Creek Vineyards Inc. Her responsibilities include managing overall financial operations and personnel, procurement, marketing, vine tending, and animal husbandry. Previously, she was the Director of Community Relations at Sunrise Assisted Living in Wooster and a support group facilitator for the Wayne County Alzheimer’s Association. 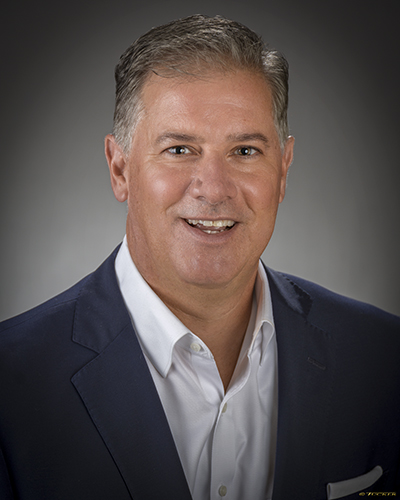 Mike Agnoni has served as a Trustee since 2011, representing Doylestown/Rittman.

Mike is a Claims Account Executive for Travelers Insurance Company in Independence, Ohio, and has been in the insurance industry for over 30 years. He graduated from the University of Akron with a Masters in Business Administration.

Mike is President of the Board of Public Affairs for the Village of Doylestown, owner of Chippewa Self-Storage, and is an active member of the Saints Peter and Paul Church in Doylestown. 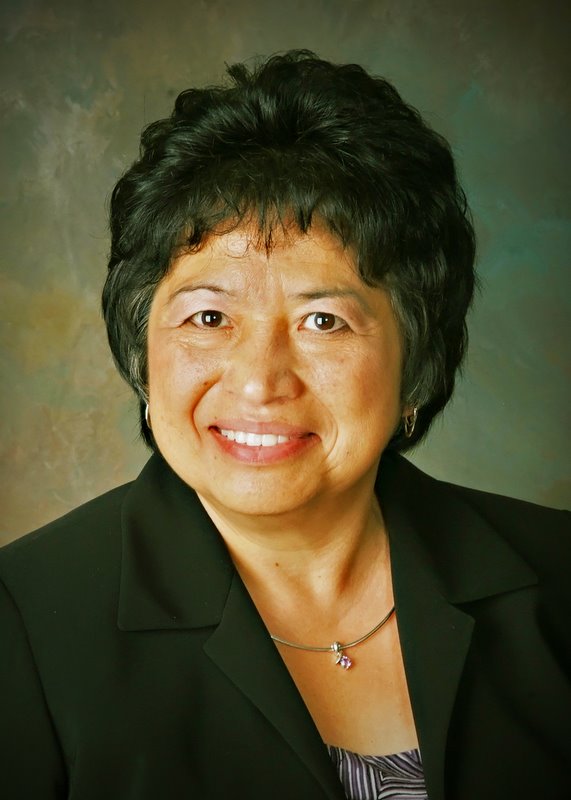 Marlene Barkheimer has served as a Trustee since 2009, representing the Northwest Quarter.

Marlene is a graduate of Ashland University and is President and CEO of Community Independent Bancorp, Inc. and Farmers State Bank, its subsidiary, in West Salem.

She actively supports many causes, including Local Roots and serving as Treasurer for Friends of Hospice of Wayne County. She is on the advisory boards for Wayne County Children’s Services, the Dauch College of Business & Economics Business Advisory Council of Ashland University, and a past Board member of Wayne County Junior Achievement. 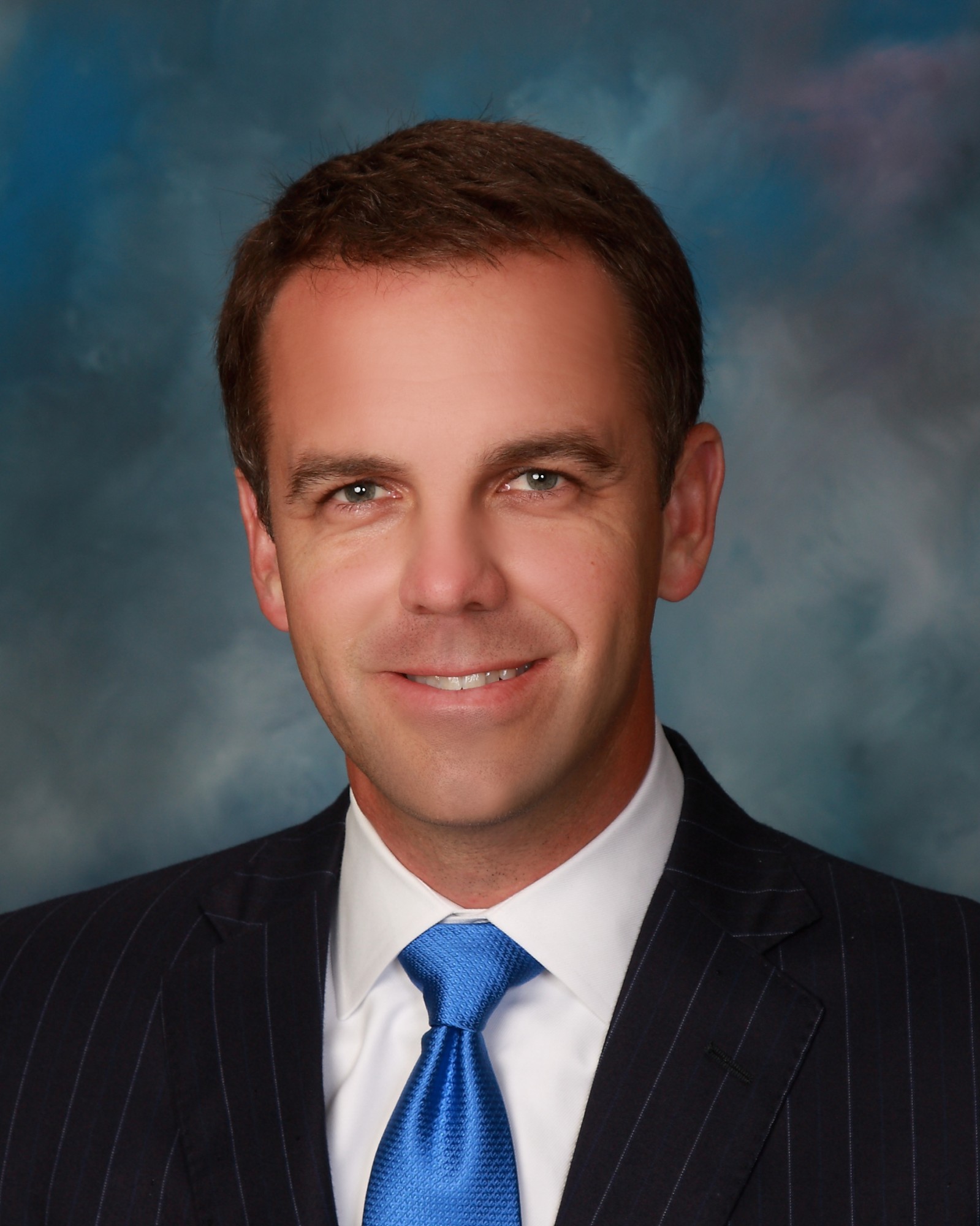 Adam Briggs has served as a Trustee since 2017, as an At Large – West representative. He also serves as the Investment Committee Chairperson.

Adam is President and CEO of Briggs Financial Group, a boutique wealth management firm based in Wooster. He is a graduate of Ohio University with a degree in Economics.

Active in the community, Adam currently serves on the Boards of Directors of the Fund for Our Economic Future, Wayne Economic Development Council, Wayne Center for the Arts, and is a Trustee of The Noble Foundation.  He has previously served on the Boards of Main Street Wooster (Chair), Business Volunteers Unlimited, and the Akron Children’s Hospital Foundation. 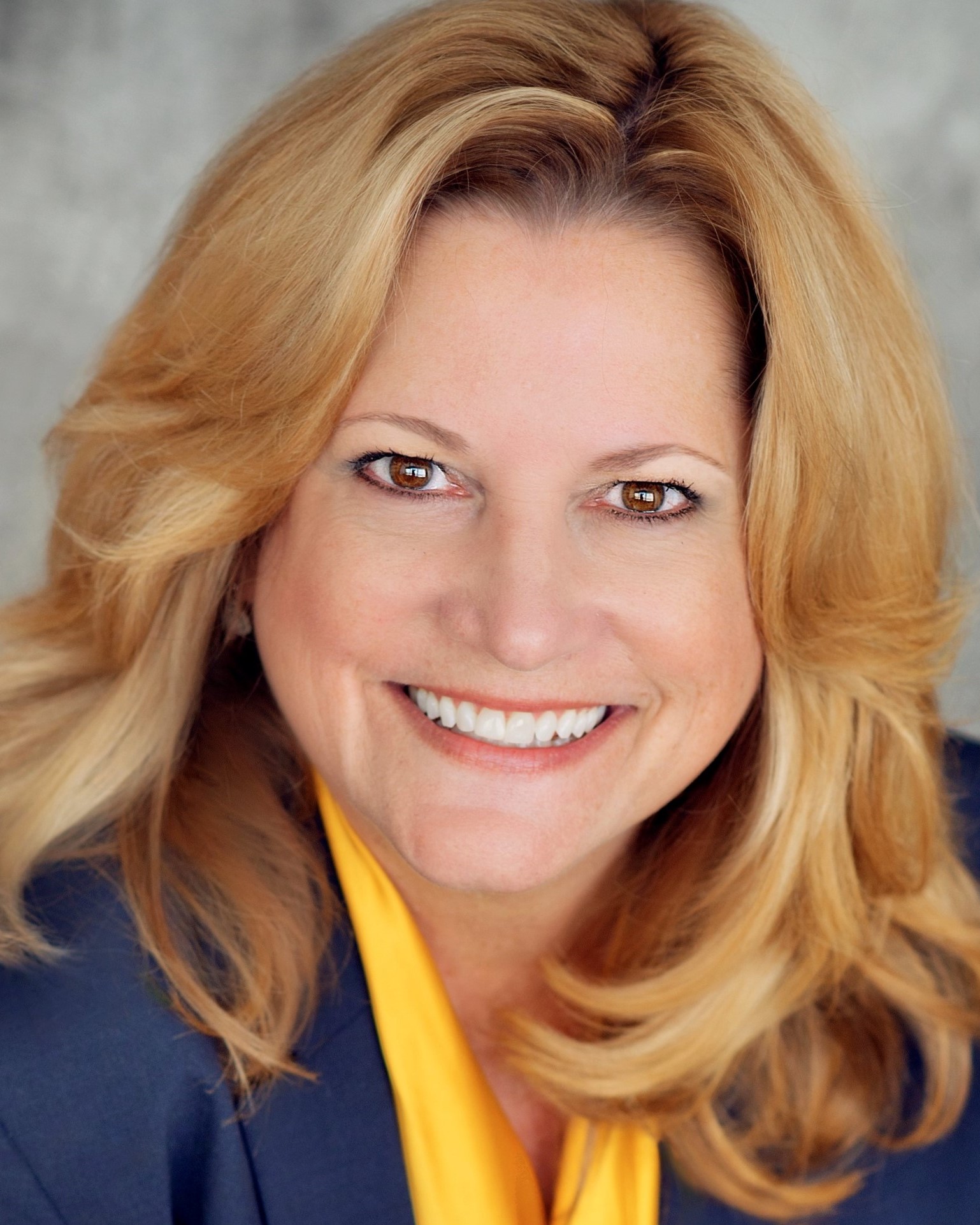 Maribeth Burns has served as a Trustee since 2011, as an At Large – East representative. She also serves as the Development and Marketing Committee Chairperson and the Assistant Treasurer. 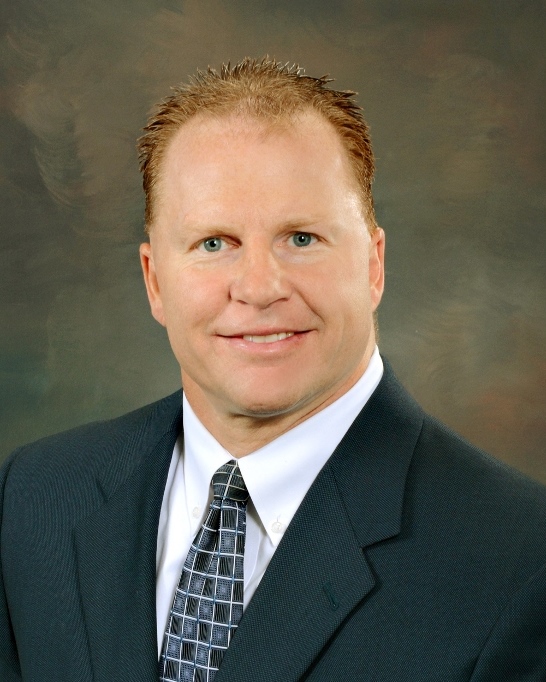 Michael Jarrett has served as a Trustee since 2015, representing Orrville.

Michael currently serves as the chair of the Heartland Education Community, as a trustee on the University of Mount Union Board of Trustees, and is a member of the Council of Supply Chain Management Professionals. Jarrett has received numerous awards for growth of his company, including: Inc. 500, Entrepreneur Magazine, Weatherhead 100, Cascade Capital and the EY Entrepreneur of the Year award. He has also been inducted into the Wayne County Sports Hall of Fame and the Mount Union Sports Hall of Fame. 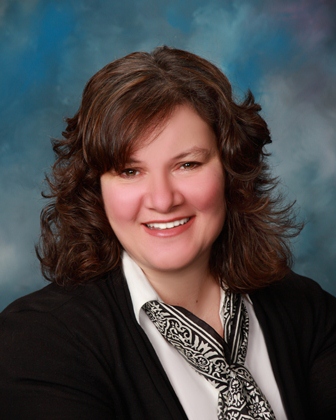 Cheryl Kirkbride has served as a Trustee since 2012, representing Orrville.

She is a graduate of Smithville High School with a BA in English education from John Carroll University, a teaching certificate from the College of Wooster, and a juris doctor from The University of Akron School of Law.

Cheryl is a partner at Kropf Wagner Law Firm, LLP with a practice emphasis on estate planning, business and real estate matters. In addition, Cheryl currently serves as a Director for The Commercial and Savings Bank of Millersburg, Ohio, as well as serving the City of Orrville as its Law Director.  She previously served as the Smithville Village Solicitor.  Cheryl and her husband, John, are the owners of The Inn at Walnut Creek in Holmes County Amish country.

Cheryl also serves as a Board member and President of The Orrville Area Boys and Girls Club and also the Wayne County Volunteer Guardianship Association as well as a board member of the Amish Country Lodging Council. Cheryl is an active member of Orrville Christian Church. She previously served on the Boards of the Orrville Public Library and Orrville Area Development Foundation and also as a billet family with the Wooster Oilers Jr. Hockey team.  Cheryl and her husband, John, are licensed foster parents through Encourage Foster Care at Christian Children’s Home of Ohio. 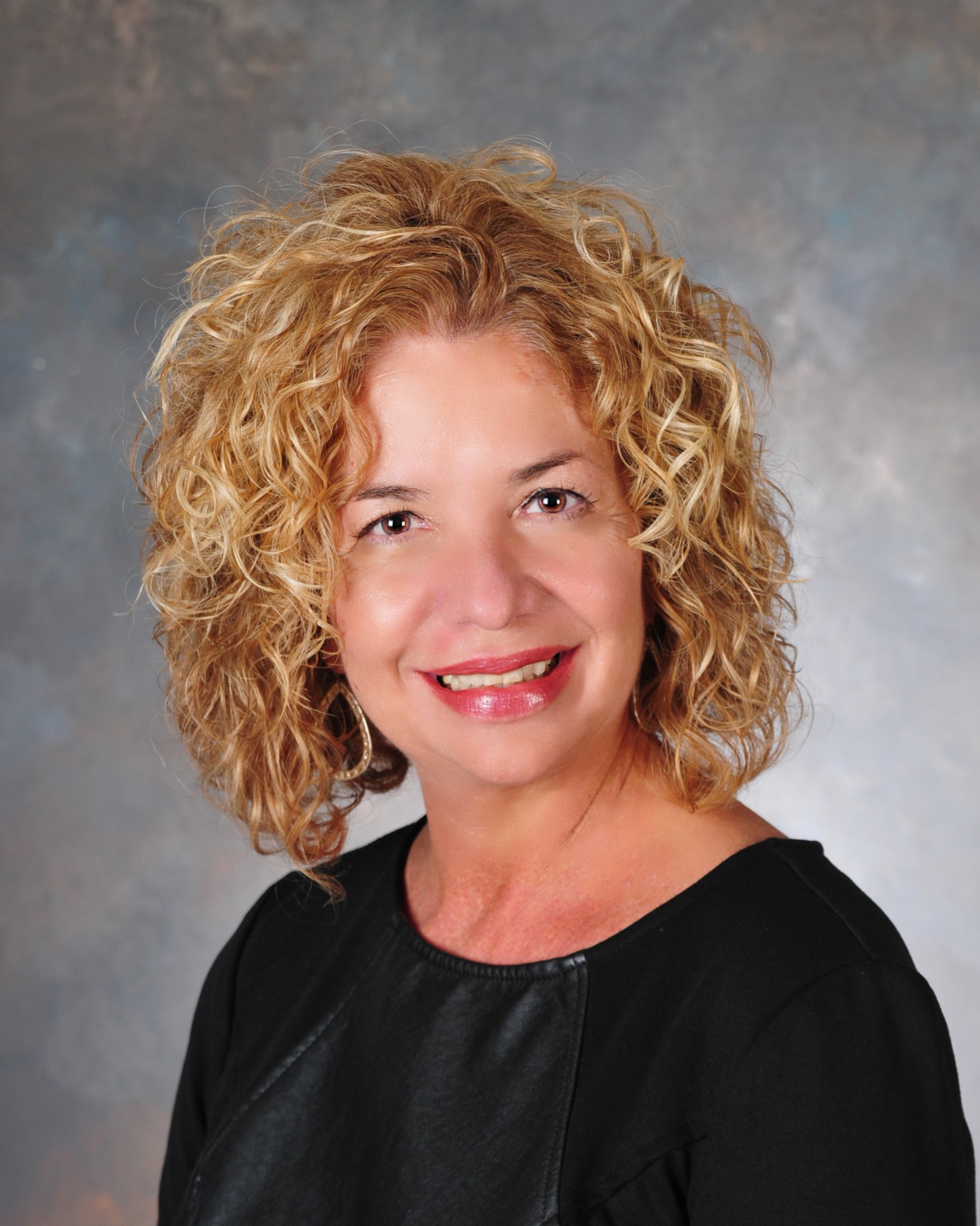 Glenda Lehman Ervin has served as a Trustee since 2009, representing the Southeast Quarter.

Glenda is the Vice President of Marketing for Lehman’s and the daughter of company founder Jay Lehman. She is responsible for the advertising, marketing and media relations for the multi-channel business.

After working as a journalist for several years, she joined a Fortune 200 company, returning to Lehman’s in 1996. She graduated from Taylor University with a double major in journalism and English, and received a master’s from Indiana University.

Glenda serves on a number of volunteer boards and has taught Junior Achievement classes in the local school system for several years.

She has been named a YMCA Woman of Achievement, as well as a Rainmaker. 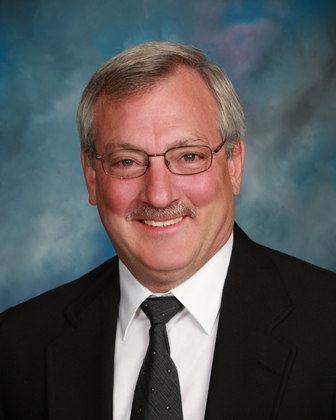 Dr. Larry Markley has served as a Trustee since 2012, representing Rittman/Doylestown.

Larry and his wife, Sally, are the owners of All Creatures Veterinary Clinic and Lodge in Rittman. Dr. Markley promotes community activism and growth as a member of the Rittman Chamber of Commerce, Rittman Rotary Club, Rittman Kiwanis Club, Rittman Lions Club, and serving as Co-chair, alongside his wife, of Rittman United Way. In addition, he and his wife are active supporters of Hospice & Palliative Care of Greater Wayne County, Central American Medical Outreach, Rittman Recreation Center, Orrville Area Boys & Girls Club, and numerous other youth activities and animal rescue and placement groups. 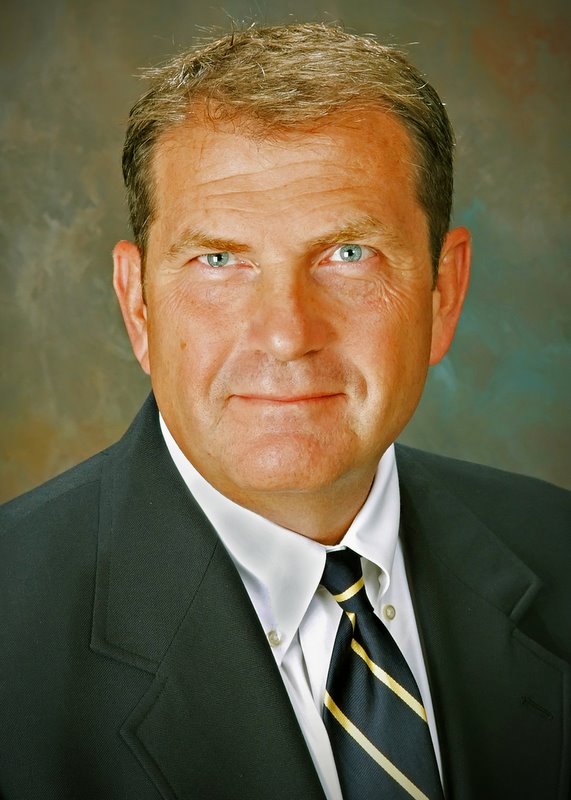 Steve Matthew has served as a Trustee since 2009, representing Wooster. He served as President of the Board from July 2014-June 2020 and also serves as the Nominating Committee Chairperson.

Active in the community, Steve is a past Chairman of the Wooster Area Chamber of Commerce, a Trustee of the Noble Foundation, and has served on the boards of The Village Network and the Wayne Economic Development Council (chair in 2001 and 2004). 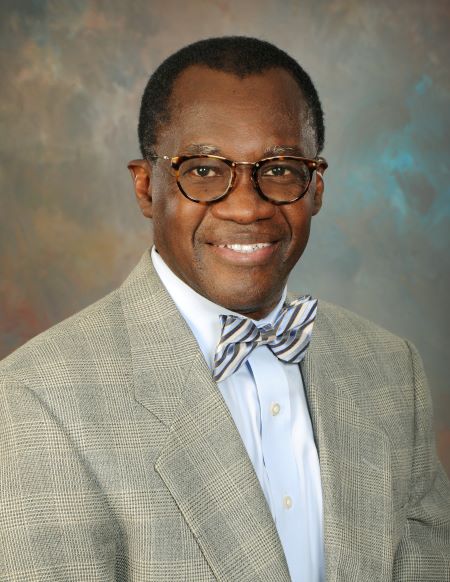 Dr. Cyril Ofori joined the Board of Trustees in 2022, representing the Wooster area.

Cyril currently serves as the Chair of Cardiology and the Cardiovascular Institute at Wooster Hospital Health Systems and the Chief Medical Officer for Bloomington Medical Services, a 50-physician multispecialty group.

His career in medicine began in 1987, when he graduated with his Medical Degree from the University of Ghana Medical School. He completed his internship at Harlem Hospital Center, a Columbia University affiliate, and his residency at Sinai Hospital, a Johns Hopkins University Center affiliate.  His cardiology training was done in Pittsburgh at the Weston Pennsylvania Hospital, and then he subsequently was attending physician at the Cleveland VA Medical Center/UH and Case Western Reserve University.

Ofori is generous with his time, both globally and locally. He volunteers and teaches at various organizations in Ghana. Ofori and his wife, Dr. Amelia Laing, are co-founders and owners of the Obaatan Pa Women’s Hospital in Ghana, a not-for-profit women's Hospital. Locally, he has served as an Adjunct Instructor at The College of Wooster, the Executive Director of the Wooster Chamber Music Series, and on the Board of Directors for the American Red Cross in Wayne County. 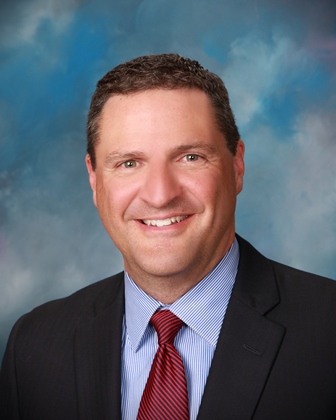 Roger Proper has served as a Trustee since 2015, representing Wooster. He also serves as the Assistant Secretary.

Roger is a partner at Critchfield, Critchfield & Johnston, Ltd., and practices in the areas of business law and business succession planning; estate planning and probate; tax-exempt organizations, and oil and gas law.

He received his undergraduate degree in finance from Miami University, his J.D. from the University of Toledo, and his Master of Laws (LL.M.) in Taxation from Case Western Reserve University. Roger is certified by the Ohio State Bar Association Specialty Board as a specialist in Estate Planning, Trust and Probate Law.

Roger has been active in the community, serving on the boards and governing committees of numerous organizations including Main Street Wooster, Inc., Wooster Noon Lions, Wooster Young Professionals, West View Manor, Wayne-Holmes Estate Planning Council, and FirstMerit Bank Advisory Board. He is also the current Chair-Elect for the Viola Startzman Clinic. 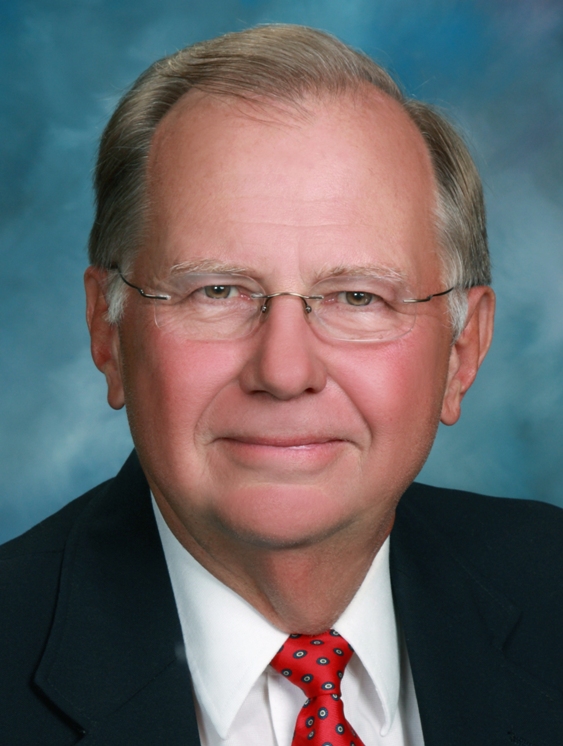 William Robertson has served as a Trustee since 2011, representing Rittman/Doylestown.

Bill, in his fifth term as the City of Rittman Mayor, serves on the Board of the Wayne Economic Development Council and is a member of the Northeast Ohio Mayors and City Managers Association. He is also the former President of the Rittman Board of Education and retired from AT&T and IBM. Bill earned his B.S. in mathematics and education from Baldwin-Wallace College and his M.S. in secondary school administration from the University of Akron.

Bill was honored in 2021 to have the Nature Preserve in Rittman named the William J. Robertson Nature Preserve. His goal as Mayor is to improve the image of Rittman and help the community thrive and grow. 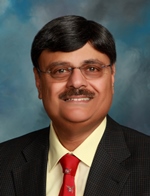 Bala Venkataraman has served as a Trustee since 2013, representing Wooster.

Bala, President and CEO of Magni-Power Co., has been a resident of Wooster since 1970. He currently serves on the Boards for both Magni-Power Company and the Seaman Corporation, and previously served on the Board of Wayne County National Bank. Bala is active in the nonprofit community as well, having previously served on the Boards of the United Way of Wayne and Holmes Counties, Boy’s Village (now The Village Network) and the Advisory Council of Wayne College. In addition, he currently serves as a Board Member for Great Decisions of Wayne County and an Advisory Board Member of the Wayne Economic Development Council.

Bala holds a Master’s degree in Chemical Technology and Chemical Engineering. He is also a graduate of the Executive Business Management program from Kellogg School of Management at Northwestern University.